Including COVID-19 Case Updates and Where To Get Rapid Antigen Tests (RATs).

Residents of Timaru, and surrounding districts are about to get access to free bowel screening with South Canterbury District Health Board joining the National Bowel Screening Programme.

Over the next two years around 12,000 people in the region, aged 60 to 74, will be invited to complete a home testing kit that can detect early bowel cancer, which can often be successfully treated. Around 30 cancers are expected to be found over the two years and hundreds of people will have potentially cancerous polyps (growths) removed.

National Bowel Screening Programme Clinical Director Dr Susan Parry says the South Canterbury region has one of the highest bowel cancer rates in the country with 113 cancers found per 100,000 people, compared to a national average of 65.7.

‘Communities in South Canterbury will benefit greatly from this life-saving programme. As well as having high rates of bowel cancer, the region has a generally older population with around half its residents aged between 60 to 74 and therefore eligible for free bowel screening.’

Bowel cancer is often a symptomless disease. Dr Parry says, ‘that’s why screening is so important. The home testing kit is designed to pick up tiny traces of blood in a bowel motion and to catch cancers before they become advanced and more difficult to treat.’

Dr Parry today congratulated the team at South Canterbury DHB, for their months of preparation to launch bowel screening whilst meeting the challenge of COVID-19.

The National Bowel Screening Programme is now available in 12 DHBs with Canterbury DHB the next to launch. The programme is expected to be implemented nationwide by the end of 2021.

Since it began, just over three years ago, the NBSP has detected cancers in around 730 people, as well as removing hundreds of potentially cancerous growths. 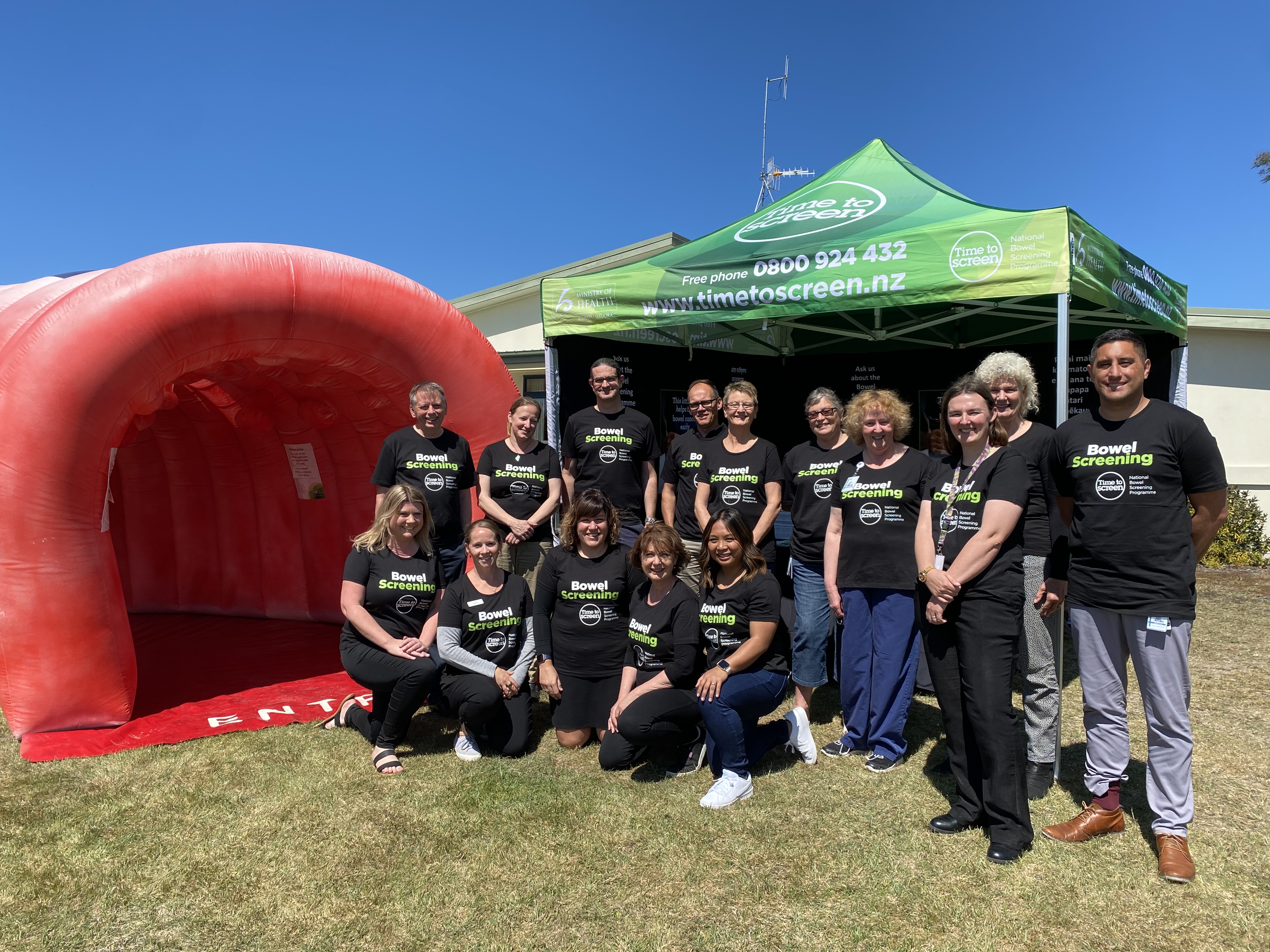